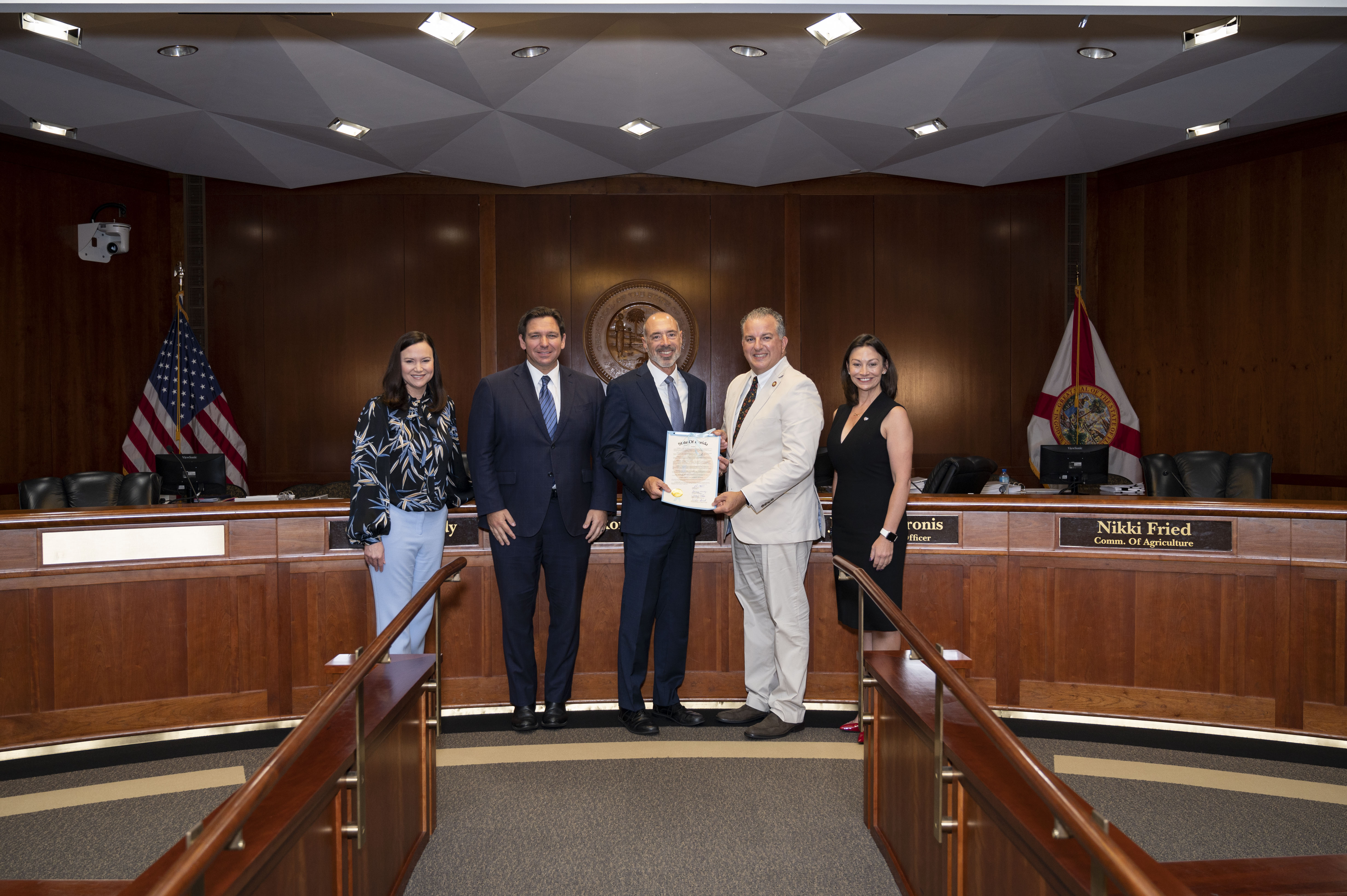 CFO Jimmy Patronis said, “It is an honor to celebrate Justice Alan Lawson who has loyally served his home state over the course of an inspiring 21-year judicial career. Justice Lawson retires after 6-years of committed service to the Florida Supreme Court where he consistently fought to uphold our state constitution and protect the rights of all Floridians. He made a career out of doing the right things for our state and we must never take that for granted. As Florida’s CFO, I want to thank Justice Lawson for his service to the state of Florida and wish him the best of luck in the future as he prioritizes his family and continues his commitment to charitable work throughout his community and the state.”
RESOLUTION
WHEREAS, Justice Alan Lawson is a native Floridian born in Lakeland, making his way to the northern part of the state as a toddler and graduating from Leon High School in Tallahassee and beginning his higher education journey at Tallahassee Community College graduating with an associate in science degree with honors and earning his EMT certification; and

WHEREAS Justice Lawson graduated from Clemson University in 1983 with an undergraduate Bachelor of Science degree in parks and recreation and tourism management and progressed on to graduate summa cum laude in 1987 from Florida State University College of Law; and
WHEREAS Justice Lawson began his career in private practice in 1987 specializing in civil litigation followed by a brief stint as General Counsel for a corporation in 1996 and moving on to become an Assistant County Attorney for Orange County from 1997-2001; and
WHEREAS, Justice Lawson had an impressive 21-year judicial career serving in the Orlando area from 2002-2005 as a 9th Judicial circuit judge appointed by former Governor Jeb Bush and from 2006-2016 as a member of the 5th District Court of Appeals appointed by former Governor Jeb Bush, before being appointed in 2016 by former Governor Rick Scott as the 86th Justice of the Florida Supreme Court; and
WHEREAS, Justice Lawson has announced his retirement as an esteemed member of the Florida Supreme Court, the highest court in the state of Florida after 6 years of dedicated service to uphold the state’s constitution and system of justice and protection of rights and liberties of all Floridians; and
WHEREAS Justice Lawson plans to prioritize his retirement by spending time with his family, his wife Julie, his two children and two grandchildren and will continue his commitment to his charitable work and giving service through sacrifice for others.
NOW, THEREFORE, BE IT RESOLVED that the Governor and Cabinet of the State of Florida recognizes the retirement of
FLORIDA SUPREME COURT JUSTICE ALAN LAWSON
and extends sincere gratitude for his dedicated 21-year judicial career and to the commitment to service for the citizens of the State of Florida.
WHEREFORE the Governor and the Cabinet of the State of Florida have hereunto subscribed their names and have caused the Official Seal of the State of Florida to be hereunto affixed in the City of Tallahassee on this 23rd day of August 2022.
Go Back